Harper is a 3-year-old black Labrador and is our July 2022 Pet of the Month. Harper first came to see us after she had a total hip replacement (THR) on her left hip in July of 2020 due to severe hip dysplasia. Despite this major surgery, Harper was full of energy and didn’t let it slow her down.

In December of that year, Harper became lame on her surgical leg. Surgical complications from THR surgeries can be serious, so we sent her back to her surgeon for a recheck. She was diagnosed with an implant infection and started on long term antibiotic regimen. When we started rehabilitation with her shortly afterwards.

Harper showed lots of improvement but continued with a subtle lameness on her surgical leg for several months. During this time, we saw Harper regularly to make sure she continued to improve and her lameness did not worsen. Harper was slowly getting better.

In November of 2021, Harper’s lameness worsened again. At this time, Harper’s family and surgeon elected to perform a femoral head osteotomy (FHO) and remove the surgical implants from her THR in January of 2022. During the FHO the femoral head and neck is removed. In Harper’s case, more was removed than a normal FHO due to the implants and infection. Due to this Harper will always have a bit of compensation on her left rear leg as it is shorter than her right.

After her FHO, Harper was painful after her surgery. We started pain management sessions to get her pain under control. She was very subdued when compared to her normal pain-free self. She had just started to do a few homework exercises when she strained her left iliopsoas in March. The timing of her iliopsoas injury was very early in her rehabilitation process and did not set Harper back too much. Harper’s happy and energetic personality came back. The family and Harper’s hard work paid off and she graduated from rehabilitation in July of this year, a full three years after the start of her rehabilitation journey. She can now enjoy the rest of her summer and enjoy the pool again! 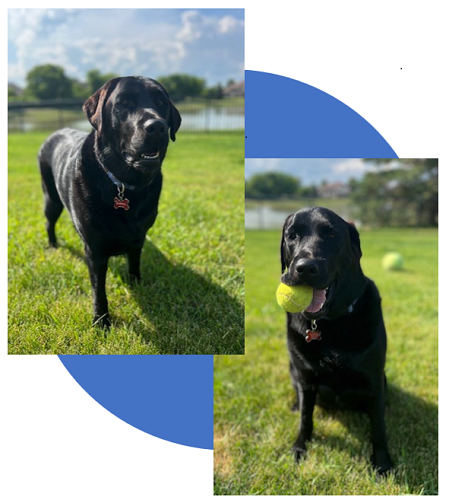