Keeping our pets mobile despite challenges

Carts are often perceived by pet owner’s as a last resort for their pets with mobility concerns.  In rehabilitation we see the cart as a tool to assist in rehabilitation exercises and preserve the patient’s quality of life by keeping them an active member of the family.  In this month’s blog we look at two pets that were fitted into carts for different reasons and their results. 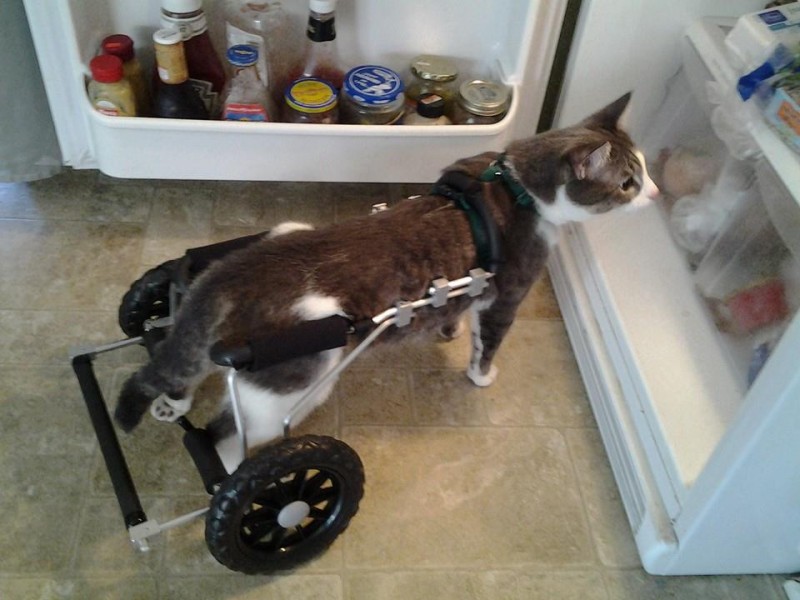 With his new wheels, Chance was able to discover refrigerators!

Chance began to see us in April 2015, after he became unable to walk or use his hind limbs to even stand for over a month.  With rehabilitation and acupuncture, Chance began to use his hind limbs again.  His foster mom would stand him up to do his exercises in a more natural position.  In the summer, Chance began to realize things that he couldn’t reach would be brought to him, so it was easier to wait for toys and food to come to him. He did not want to try to walk, he reached a plateau.

Chance got his cart that August and adjusted to it very quickly.  He began to keep up with the other pets in the house, run from window to window looking at birds, and kicking his hind limbs in the cart as he ran.  He decided that being up on all four legs, even with wheels was better than crawling.  His foster mom was able to do more exercises also because she had a helping hand.

In a very short time frame, Chance began to high step with his hind limbs and started standing for longer periods of time without the support of his cart.  By the end of October, he no longer wanted to be in his cart.  He could walk and even use stairs on his own. 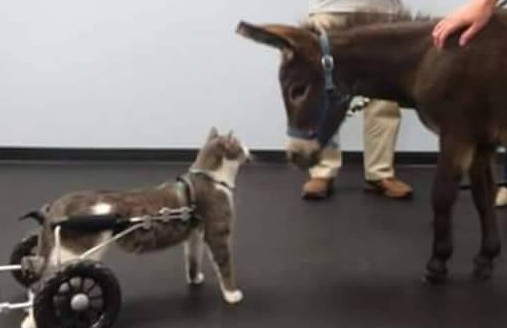 Why did the cart have such a profound effect with Chance’s rehabilitation?

Cody had his left rear limb amputated since he was about 10 months old.  The gait adaptations that help a tri-pod pet get around also causes compensation in their remaining limbs and back.  To help Cody remain active and prevent compensation, his family ordered a cart for him.  However, he didn’t really adjust to it very well and would even occasionally tip over!

Cody and his family came to see us to trouble shoot his cart.   After a few adjustments and walking exercises with lots of positive reinforcement, he began to really enjoy using it.  Cody can now be found cruising around the dog park with his family. He also enjoys long walks in the local trails even in the snow. 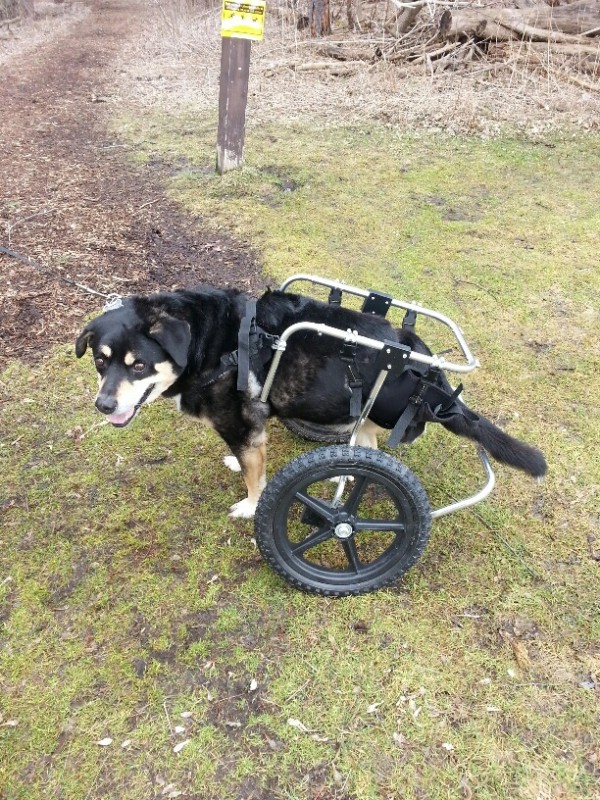 How did the cart help Cody?

Why Should a Cart Be Used?

Carts can be a great tool in rehabilitation therapy.  For pets who are not expected to walk again, carts are still not a “last resort.”  They can translate into improved quality of life, which is a precious thing!

To read more about assistive devices such as carts, follow this link.

Read about Chance on our Pet of the Month page here, or check out his Facebook page here.

Tags:
Posted in: Pawsitive Steps News
Previous: For the Silver Muzzles, Rehabilitation for Our Aging Patients
Next: Degenerative Myelopathy: The “Lou Gehrig’s” Disease of Dogs