WHAT IS DEGENERATIVE MYELOPATHY (A.K.A. DM)? 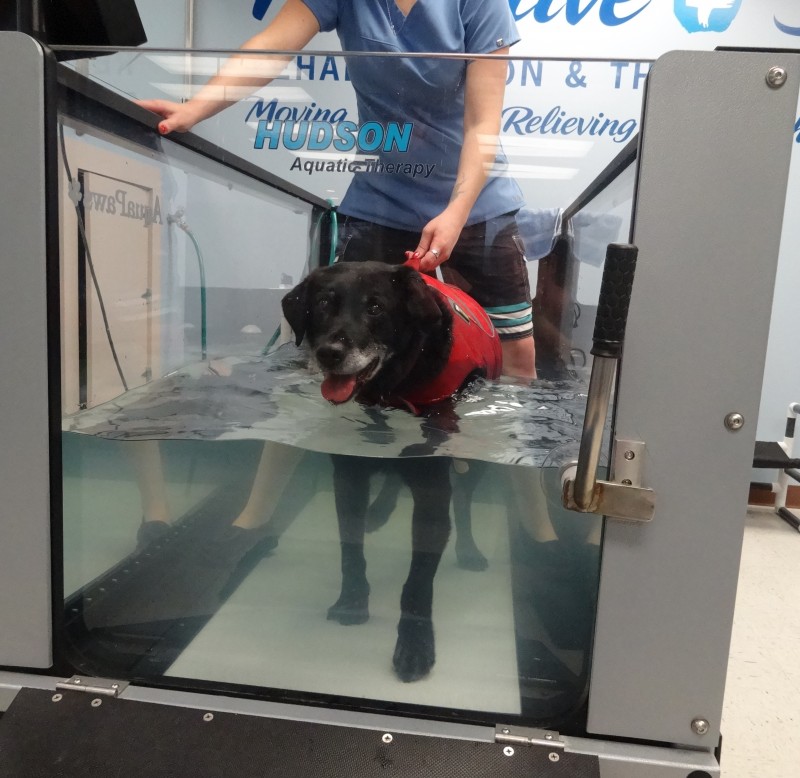 Luke is shown here,  exercising in the underwater treadmill.  While Luke has been not been officially diagnosed with DM, his symptoms are very indicative of the disease.

Degenerative myelopathy in dogs most parallels the disease in ALS or Lou Gehrig’s disease in humans.  Like ALS, DM is not a painful disease.  It affects mature dogs usually between the ages of 8-14 years.  It is a slow progressive, non-inflammatory deterioration of the white matter of the spinal cord (1).   The white matter is significant as it helps transmit information from the brain to the dog’s limbs (2).  As the white matter degenerates the dog loses coordination making it difficult to walk.

The disease will usually start in one hind limb eventually progressing to the other hind limb.  The dog will look ataxic (wobbly), start to scuff its feet, and ultimately knuckle over walking on the tops of its paws.  The disease accelerates until the dog is unable to walk and is paraplegic in the rear limbs.   This progression can take anywhere from 6 months to 3 years depending on the severity of the signs (1)(2).  As the disease continues into advanced stages the dog will lose urinary and fecal continence, and eventually the disease will affect the front limbs as well.  During the final stage of the disease the dog usually succumbs to respiratory failure.   Due to quality of life concerns most dogs are humanely euthanized before they get to this stage.